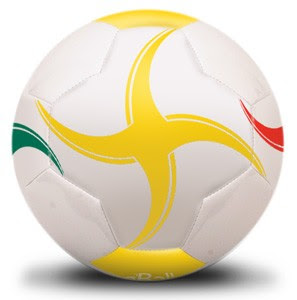 Bounce, bounce, bounce! That is a sound I will never forget. It was a sound I heard often in Haiti. It was the sound of a young teenage boy playing soccer by himself. That doesn’t sound too extraordinary, kids often play ball by themselves. I remember as a child throwing a tennis ball on the roof of our home and waiting for it to roll back down so I could catch it. What made this scene in Haiti different? This young man lost one of his legs in the 2010 earthquake.

I have thought about that young man’s experience many times since I first saw him. I can imagine him, in his home, on an average, ordinary day in Leogane. It was just like any other day, nothing special. That would all change at 16:53 local time as Leogane was at the epicenter of a major catastrophe. When the dust cleared, many of this young man’s friends and fellow citizens were dead, his home severely damaged, and he himself badly hurt. I can imagine the days following the quake, as it became clear that he would live the rest of his life with only one leg. Life for him would never return to normal, at least not the normal he knew. Instead, he would have to establish a new normal.

One of the things the young man loved more than anything was soccer. I can imagine him wondering if he would ever play the game again. Fast forward and there I am, along with some others, fascinated at the sight of this young man, on crutches kicking his ball. The ball was an e-ball, a soccer ball with various colors on it, each color representing a different point in the Gospel of Jesus Christ. Someone, on a previous mission team, had given the young man the ball. Everyday, there he would be kicking that ball against the wall.

As I watched the young man, day after day, I was reminded of some great Gospel truths. First of all, we often face affliction in this fallen world. Life can be very difficult and we often find ourselves flat on our face. Our circumstances can even seem impossible. But, glory to God, greater is He who is in us, than he who is in the world (1 John 4:4). Our God is a God who specializes in demonstrating His sovereign power over things that appear impossible to us. In fact, those situations can even serve as Gospel reminders that we can’t, but God can and will and already has in Jesus Christ!!

Second, I was reminded that by the grace of God, I will be lifted up when knocked down. I cannot do it on my own strength, but by the strength that God provides. It may take a while, as God may have some lessons I need to learn while on the ground, but eventually He lifts me up. My job is to simply trust Him by faith. Tozer wrote, "What we need very badly these days is a company of Christians who are prepared to trust God as completely now as they know they must do at the last day. For each of us the time is coming when we shall have nothing but God. Health and wealth and friends and hiding places will be swept away and we shall have only God. To the man of pseudo faith that is a terrifying thought, but to real faith it is one of the most comforting thoughts the heart can entertain."

Third, the sight of the young man reminded me that I too am on crutches. Thankfully, my crutches are not physical, but certainly in the spiritual sense. Greg Koukl wrote, “When people ask me, ‘Isn’t Christ just a crutch?’ I have a simple reply. I tell them, ‘You’re right. Christ is a crutch. But you’ve asked the wrong question.’ The real question is, ‘Am I lame; am I crippled?’ because crippled people need crutches. The fact is, everybody leans on something. As a Christian I lean on Jesus, because He’s a crutch that can hold me. What about you?”